FREE SHIPPING on all orders over UAH 300!
Previous View All Next 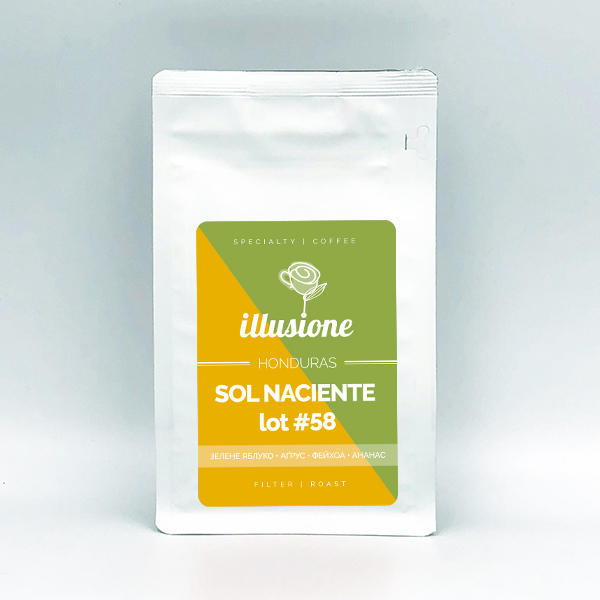 Donaldo Rafael Gonzalez is a coffee producer in the fourth generation, his grandfather and grandmother instilled his love for land and rural life. Donaldo was born in the capital of Honduras, since his mother Norma Iris went to study in the capital, she married there, but always went to her parents for holidays. It was at that time that Donaldo fell in love with his native town Corquin and dreamed of returning here for forever. After graduating from the Agrarian University of El Zamorano, Donaldo decided to return to her grandmother and dreams of building an agriculturecareer.

Once Donaldo and his 13 friends met and decided to form a company that would help them in the development of their cultures. The company is engaged in marketing and establishing fair relations between farm owners and traders.

Farm Sol Naciente in translation means “The rising sun”. Donaldo called it `a new dawn` in her family. It was a new beginning after it`s coffee plantations were virtually destroyed. Starting from an area of 6 hectares, where he managed to build a house for his employees with electricity and pure water. The following varieties of coffee are grown on the farm: Yellow Catuai, Red Catuai, Parainema, Lempira. Donaldo is one of the first to introduce new ideas in managing coffee processing. He runs the risk and opens this way for those who want to follow this adventure.

Currently, Don Donaldo is a general manager at Aruco Cooperative, where he organizes work in accordance with the trends and demands of specialty coffee, experimenting with different types of processing and cultivating new varieties of coffee.

Natural Fermentation 90 hours in nylon
Coffee was harvested from February until March. Cherries were picked up by pickers from Guatemela. On the next step, the cherries were washed and cleared from the floaters. Then coffee laid and covered with nylon for 90 hours. After the fermentation process coffee is placed to drying system with covering and dried for 20-40 days. When the cherries reached the needful humidity the beans were de-pulped from the cherries and parchment by huller and then sent to the export.

Lempira is a variety of coffee that was cultivated in Honduras for resistance to pests and rust. Appeared as a result of crossing the variety of Villa Sarchi and the hybrid of Catimor.

Welcome to Illusione. The above are our current offers, which will be updated as the seasons change and the appearance of new products.

We work with people who see value in making the best coffee. If you agree with what we do and you need more information, contact us.